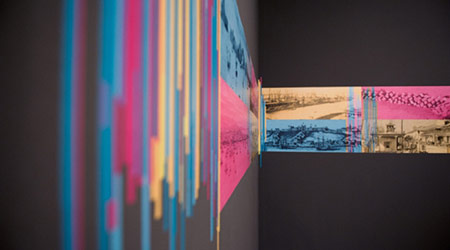 An exhibition about the mixing and fusion of African, Indigenous and Hispanic cultures which serves as a framework for understanding the processes of change and continuity in Latin American music.

The route of this journey is based on two central themes: on the one hand, a historical and critical review of the mixture of races, beliefs and fusions (of traditional and modern elements) that took place in the merging of African, Indigenous and Hispanic cultures (or so-called African-American, Amerindian and Hispanic European); and on the other hand, it shows the result of this process on this period’s music found in cities, instruments and social practices.

These two lines give us a visual and sonorous perspective of what music represents for this multilingual territory throughout its period of inter-ethnic convergence, and the processes of change and continuity in Latin American music.