'Lorca in New York: A celebration' 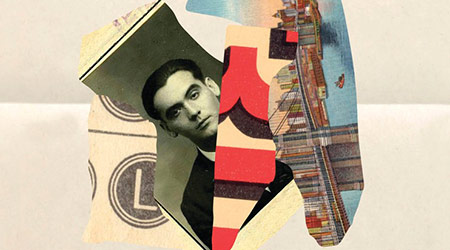 The festival will honor Lorca with performances, concerts, readings, lectures, and a world-premiere exhibition of Poet in New York at The New York Public Library.

Lorca in NY: A Celebration is the largest-ever festival in North America celebrating the work of Federico García Lorca, considered as one of the most influential Spanish poets and playwrights of the last century. Presented by the Fundación Federico García Lorca, the festival will feature more than two dozen events at venues throughout Manhattan, many of which will mine an aspect of Lorca’s classic work, Poet in New York. Anchored by a world-premiere exhibition at The New York Public Library (NYPL) and timed to the release of Farrar, Straus and Giroux’s new, enhanced edition of Poet in New York, the festival marks the first time in more than 25 years that the city pays tribute to Lorca on a grand scale.

From April 5 to July 21, 2013, The New York Public Library hosts Back Tomorrow: Federico García Lorca/ Poet in New York, a world‐premiere exhibition curated by Christopher Maurer and Andrés Soria Olmedo. To illuminate Lorca’s process of creating Poet in New York, it brings together for the first time the various manuscripts, original drawings, letters, and photos he generated during this extraordinary period. The exhibition traces the poet’s evolving vision of the book, from first drafts to fair copies, but it also shows the cheerful letters Lorca was writing home while composing the book’s searing poems. Personal objects, including Lorca’s passport, guitar, and bank book, will also be on display. Rare books and manuscripts from the Library’s collections provide additional historical context for the period.

Throughout the run of the exhibition, the Federico García Lorca Foundation will mount a citywide festival that engages audiences with Lorca through words, music, and images.

View the details for all ticketed and non­‐ticketed events on the festival's website.