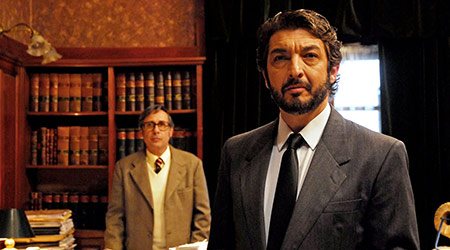 Refresh the 82nd Academy Awards with the Argentinean-Spanish co-production The Secret in Their Eyes, Oscar winner for best Foreign Language Film in 2009.

Benjamin Esposito has spent his entire working life as a criminal court employee. Recently retired, and with time on his hands, he decides to write a novel. He does not decide to make up a story. There is no need to. He can draw on his own past as a civil servant for a true, moving and tragic story in which he was once very directly involved. In 1974 his court was assigned an investigation into the rape and murder of a beautiful young woman.

In Spanish with English subtitles. RSVP required: Get your free tickets. Doors open at 6:30 pm. Presentation and screening at 6:45 pm.