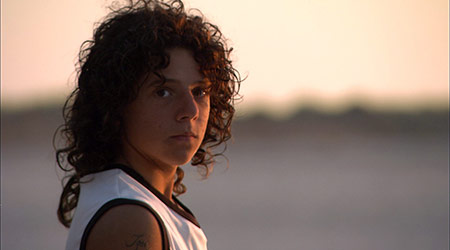 The prestigious film program of the National Gallery of Art features a full series of the Catalan filmmaker Isaki Lacuesta.

The well-crafted cinema of Catalan filmmaker Isaki Lacuesta (born in 1975) is a smooth blend of fiction, essay, allegory, documentary, compilation, even dramatic reenactment. Now building a reputation in Europe —in 2009 and 2011 he won the major award at the San Sebastián Film Festival— Lacuesta is a visual adventurer who seeks subjects that others would find daunting: a dadaist poet boxer, an ex–Argentine revolutionary, and a famous Spanish double agent are among his projects. Eschewing formal scripts, Lacuesta classifies his work as cine escrito (written cinema) and cine no escrito (unwritten cinema). I always look, in an intuitive way, for a surprise, the director says.

View the full film series. Film programs are free of charge but seating is on a first-come, first-seated basis.

Organized by the Film Department of the National Gallery of Art, with the support of the Institut Ramon Llull and the Embassy of Spain. the Spain-USA Foundation and the Institute of Cinematography and Audiovisual Arts (ICAA).