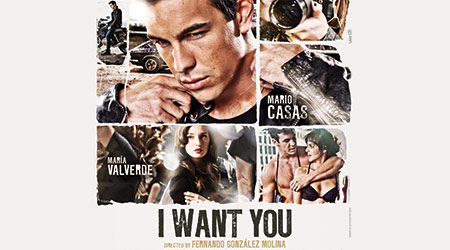 A four-day Spanish film extravaganza celebrating the diversity of contemporary Spanish Cinema that will premiere six of Spain’s most important films of the year.

Following the tremendous success of last year’s inaugural event, the second edition of the Recent Cinema from Spain series will return to Miami to host a four day Spanish film event celebrating the diversity of contemporary Spanish Cinema. Taking place at the Olympia Theater at the Gusman Center for the Performing Arts, the series will showcase six of Spain’s most recognized films of the year.

Included in this year's lineup are Alberto Rodriguez's crime drama Unit 7 (Grupo 7), one of the three finalists from the short list of the Spanish Academy for the submission for the 2013 Academy Awards and Fernando Gonzalez Molina's coming-of-age romance drama, I Want You (Tengo Ganas de Ti) —the sequel to Three Steps Above Heaven, a selection from last year's Recent Spanish Cinema, both starring Spanish star Mario Casas.

Recent Cinema from Spain is the result of an initiative by EGEDA, with the purpose of promoting Spanish films in the United States and encouraging their circulation to the public at-large and the audiovisual industry.

Thursday, November 8 at 6:30 pm: Red carpet followed by film and discussion with director Fernando González Molina.
Buy tickets online or at the box office, view the full program and watch the promo.

Produced and presented by EGEDA (Audio-Visual Producers’ Rights Management Association), the Olympia Theater at the Gusman Center for the Performing Arts and the Miami International Film Festival of Miami Dade College.