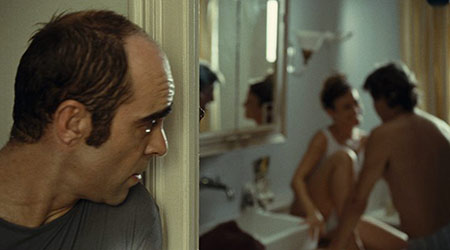 Director Jaume Balagueró ([REC] and [REC] 2) will be making an exclusive appearance at the Festival of New Spanish Cinema's opening night to promote his newest film, Sleep Tight.

The Festival, which will take place this year from September 2012 to March 2013, will screen some of the riskiest and most innovative Spanish films of the year, while providing a space for the audience to discuss the pieces with the filmmakers.

Selected films include Paco Leon's Carmina or Blow Up (Carmina o Revienta, 2012), the popular phenomenon that has been winning over audiences since its release; Iceberg, an insightful study of adolescence directed by Gabriel Velázquez; Wilaya (2011), a window into the lives of a Sahrawi family living in a Saharan refugee camp directed by Pedro Perez Rosado; No Rest for the Wicked (No Habra Paz Para los Malvados, 2011), the film that swept the Goya Awards this year directed by Enrique Urbizu; and The Double Steps (Los Pasos Dobles, 2011), Isaki Lacuesta’s gorgeously shot award-winning film.

The opening night film —Sleep Tight— will be followed by a Q&A with director Jaume Balagueró and an reception offered by the Embassy of Spain and the Spain-USA Foundation.
Watch Sleep Tight's trailer and don't miss the Special Halloween Cine-Club screening of [REC] on October 31st at the Embassy of Spain.