Film screening: 'Life is No Joke' 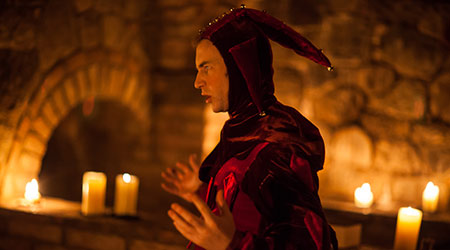 Spain and Israel team up their forces in this medieval dark comedy short-film by award winning director Yair Shvartz.

Life is No Joke is a dark comedy short-film about a court jester who is about to give the most important performance of his life in front of His Majesty. But in this kingdom, a bad performance can cost the comedian his life. Things don't look good for Erwin as moments before his act is up, he has an existential crisis: he doesn't find anything funny anymore. Erwin will have to make a decision whether he wants to die trying to be funny or drink the poison he brought for emergency cases like this.