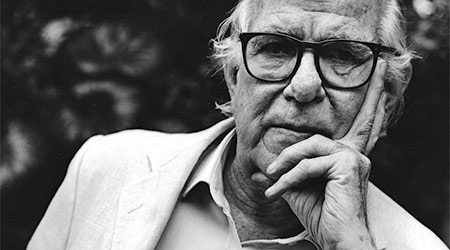 An exhibition on Xavier Montsalvatge’s portfolio of fine and visual art including themes in art history and aesthetics from the late 20th century in Spain.

The Instituto Cervantes New York presents an exhibition focuses on the composer's deeply held connection with the visual arts and his connection to well-known painters, as well as looking at the art and aesthetics of Catalonia in the second half of the twentieth century.

The exhibit includes documents directly related to the composer, such as art pieces dedicated to or collected by him, photographs, manuscripts, letters and articles, as well as a video that combines art with biographical elements.

From a strictly musical point of view, it will incorporate several listening points. In order to provide a broad and critical vision of the musical activity of Montsalvatge and its significance, the visitor will be able to listen to the author’s compositions, relating them directly to works of art that have had a special significance both in the genesis of his pieces and in his character.

It will also be possible to contextualize Montsalvatge’s work, comparing it to the music that was being produced by other composers throughout his life, both in Spain and abroad.

This event is part of Monsalvatge Days to commemorate the centennial of the birth of Catalan composer Xavier Montsalvatge (March 11, 1912, Girona – May 7, 2002, Barcelona).

Organized by the Associació Xavier Montsalvatge Compositor, Acción Cultural Española and The Institut Ramon Llull in collaboration with the Consulate General of Spain in New York and the Instituto Cervantes New York.