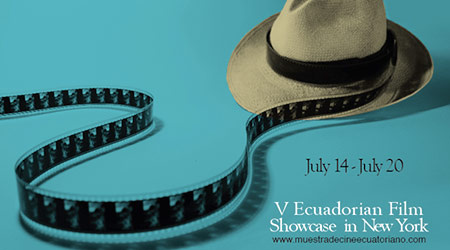 The Ecuadorian Film Festival of New York screens some of the most avant-garde films produced in Ecuador in recent years.

As before, the fifth edition of this festival aims to promote the creation and development of young filmmakers in Ecuador by publicizing their work to the American public.

The Festival will once again offer an open window to a world where not only do we see a part of ourselves reflected, but is also a showcase for a country, its landscapes, its people and their stories.

Free admission on a first-come, first-served basis. View the full program and schedule.