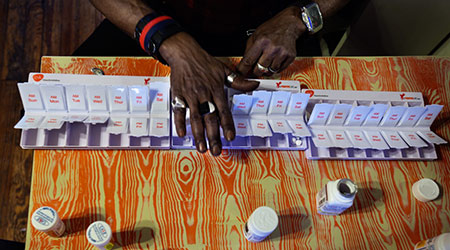 In December of 2008 a total of 16,513 D.C. residents had HIV/AIDS. That is approximately 3.2% of the population of DC. Spanish photographer Pepo Subiranas has spent a whole year making portrays of people in Washington DC who have overcome social and health difficulties. His work displays the individual and social challenges of people living with HIV/AIDS. He will present his photographs and talk with Nikki Kahn about how media cover the issue of AIDS. This event will take be held during the XIX International AIDS Conference in Washington (July 20-28).

The discussion will be followed by a reception. Free and open to the public. RSVP required:

In collaboration with The World AIDS Institute.