A conversation with Miquel Barceló 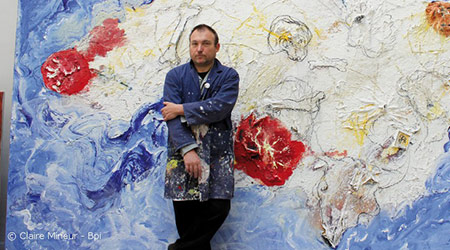 Art historian and critic Dore Ashton will chat with Miquel Barceló, the renowned painter and sculptor from Mallorca.

From the beginning, Barceló's work has revealed a notable interest in natural imagery from the land as well as from the sea, rendered in a dark and often heavy palette. His monumental sculpture Gran Elefandret has been one of the most acclaimed public art installations to grace New York's Union Square.

Barceló has also attracted the attention of the press this year by featuring in two films by Catalan director Isaki Lacuesta: El cuaderno de barro (The Clay Diaries) and Los Pasos Dobles (The Double Steps), winner of the Golden Shell, the top award at the San Sebastián International Film Festival. Set in the barren African landscape, both movies were inspired by Barceló's fascination for the people, artistic traditions and natural beauty of the Dogon country in Mali.

This event will feature a conversation with art historian and critic Dore Ashton with simultaneous interpretation, a Q&A with the audience, as well as a screening of a documentary about Barceló by Spanish filmmaker Eusebio Lázaro.