'The Simple Line Of Liniers' 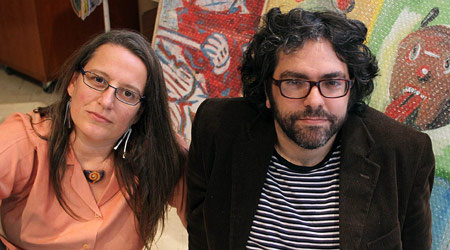 A documentary about Liniers' simple lines.

Winter 2007: two artists from Argentina receive a grant to develop their work in Montreal, Canada. The only catch? They have to share an apartment.

In this way filmmaker Franca González and cartoonist Ricardo Siri Liniers come to know each other. Liniers is famous for his daily drawings in the newspaper La Nación under the name of Macanundo. From the moment González becomes the roommate of Liniers, a friendship emerges between them and she proposes doing a documentary about him.

The film starts with an argument to get Linier’s permission to chase him with videocameras and ends up becoming one of the most tender portraits ever done of the artist, reflecting the transcendence that ensues from the simple line of his drawings.

Q&A with Ricardo Liniers, Franca González, José Fragoso and the audience after the screening with simultaneous interpretation.