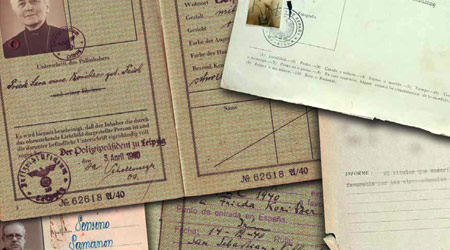 The exhibit features a series of documents and photographs in honor of the humanitarian work and ethical commitment of Spanish diplomats who during World War II saved the lives of thousands of Jews condemned to extermination.

Visas for Freedom: Spanish Diplomats and the Holocaust is an exhibition that celebrates the humanitarian work of individuals who with their attitude and behavior helped to save thousands of lives and have risen to become an example and proof that it is always possible to resist injustice and barbarism.

Gallery Hours: Monday–Saturday from 9:30 am to 5 pm and Sunday from noon to 5 pm. Admission is free.