'Voice Over' at the Tribeca Film Festival 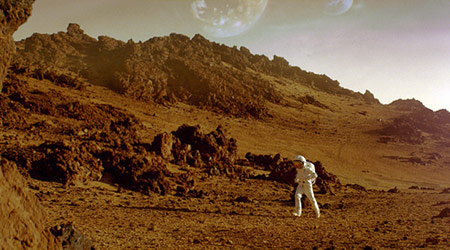 Voice Over, the latest short movie from New York-based Spanish director Martín Rosete is part of the official selection at the Tribeca Film Festival.

Voice Over is a short film directed by Martín Rosete and written by Luiso Berdejo. It will be the only Spanish short film on competition this year. Jonathan D. Mellor is in the leading role and Feodor Atkine as the voice over. This film has been produced by Koldo Zuazua, Sebastián Álvarez, Manuel Calvo and The Rosete Brothers.

The Tribeca Film Festival is a film festival founded in 2002 by Jane Rosenthal, Robert De Niro and Craig Hatkoff in a response to the September 11, 2001 attacks on the World Trade Center and the consequent loss of vitality in the Tribeca neighborhood in Lower Manhattan.

This year, The Tribeca Film Festival will be running from April 18-29, 2012. The winner short movie will be preselected for the 2013 Oscar race.