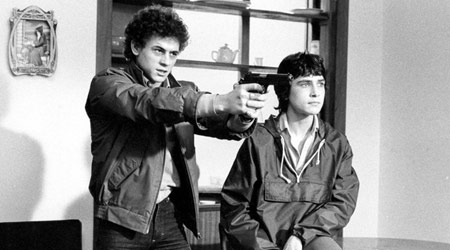 This film series surveys the era in Spanish cinema directly following the death of Francisco Franco after almost four decades of dictatorial rule.

The period that followed was one of cultural awakening across many different art forms, and this was certainly true of Spanish cinema.

The eight years covered by this program saw a burst of creativity and experimentation, resulting in films like Iván Zulueta's sex-and-drugs-filled underground classic Arrebato (Rapture); Ventura Pons's extraordinary Ocaña: Retrato Intermitente, a portrait of a homosexual painter; Jaime Chavarri's Disenchantment, a documentary profiling the widow and children of the official poet of Franco's regime; and Pedro Almodóvar's flamboyant, unapologetically tasteless early films (represented here by Pepi, Luci, Bom and Labyrinth of Passion —among many other unforgettable works that took full advantage of Spain's newfound creative freedom.

Paying homage to this extraordinary era in Spanish cinema, this series features ten films —most of them rarely screened in the U.S. since their initial release— and all of them shown from archival prints.

Curated by Gerard Dapena, and presented with invaluable support from Spain Culture New York-Consulate General of Spain and the Filmoteca Española.

Collaborators: Film scholar Gerard Dapena and the Cultural Department of the Consulate General of Spain.