'From Greco to Goya: Masterpieces from Museo del Prado' 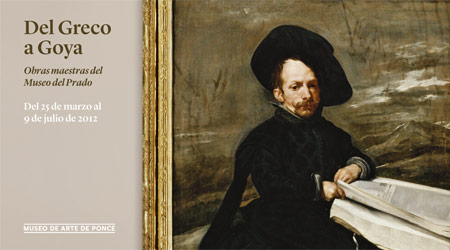 As a result of the collaboration of both institutions, the Museo de Arte de Ponce will present 25 masterpieces from the Museo Nacional del Prado. The exhibition El Greco to Goya: Masterpieces from Museo del Prado presents religious paintings, still lives and portraits of royalty from the XVII century to the early XIX century made by the great masters who served in the Spanish courts.

The exhibit will be complemented by 15 works by the Spanish School that are similar in subject-matter and chronology and that belong, in their majority, to the Museo de Arte de Ponce’s permanent collection. This group includes paintings by Luis de Morales, Jusepe de Ribera, El Greco and his studio, Bartolomé Esteban Murillo, and Franciso de Goya, among others.