'Aral: The Lost Sea' at the 20 Environmental Film Festival 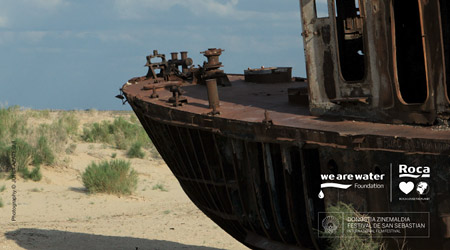 U.S. Premiere of this documentary film by Isabel Coixet about the drying up of the Aral Sea.

In the early 1960s, the Aral Sea was the 4th largest sea in the world. Nowadays, it occupies half of its original surface area: 60,000 hectares have dried up, 95% of the nearby reservoirs and wetlands have become deserts.

In Aral: The Lost Sea, renowned filmmaker Isabel Coixet faces one of the greatest disasters in environmental history. The documentary film is part of the 20th Annual Environmental Film Festival, shown as a part of the Water Shorts Program.

Aral: The Lost Sea
Spain, 2011, 25 minutes. Narrated by Ben Kingsley. Directed by Isabel Coixet. Produced by We Are Water Foundation. View trailer.
Free and open to the public. No reservations required.

In Collaboration with We Are Water Foundation.