Calatrava and SMU: A Decade in Motion 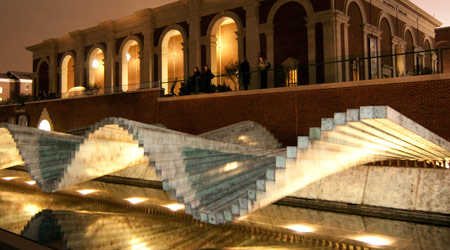 Santiago Calatrava sculpture Wave (2002) has become one of the most recognizable symbols of both the Meadows Museum and Southern Methodist University.

Timed to coincide with the opening of Calatrava’s new Margaret Hunt Hill Bridge over the Trinity River, this exhibition will commemorate the continuing symbiosis between the artist and the university.

On display will be sculptures and works on paper from the museum’s collection, many of which were generous gifts from Calatrava himself, including several preliminary sketches for Wave that are seldom on view.

Additional ephemera collected over the past decade, including correspondence, personal inscriptions, photographs and mementos, will also be shown.

This exhibition has been organized by the Meadows Museum and has been funded by a generous gift from The Meadows Foundation.