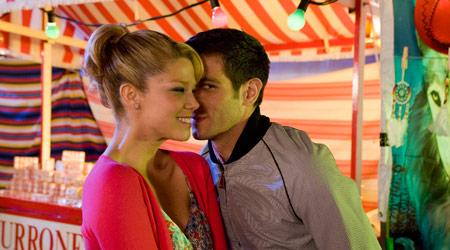 This 4th edition of the festival will take place from January 20th through January 29th at Rice Cinema. The festival will present six feature films that reflect the best of new cinema in Spain.

The energy of Almodóvar. The risk-taking of Amenábar. The unadulterated exhilaration of Buñuel. The fourth annual Festival of New Spanish Cinema, our biggest and riskiest yet, unveils the next generation of Spanish film legends.

Featuring first-time filmmakers and established masters alike, the very best in contemporary Spanish cinema comes to Houston. Join us for award-winning comedies, romances and dramatic masterpieces. Also, hold on to your seats because there will be special unveiling of a horror classic.

Opening Night & Panel Discussion with filmmaker Óscar Aibar in attendance
On January 20th, writer/director Óscar Aibar will present The Great Vazquez and participate in a post-screening Q&A. After the screening, beginning at 9 pm, the audience is invited to a reception featuring Martin Codax Albariño and Las Rocas Garnacha wine hosted by La Casa de España (Houston) and Hacer Student Group.