An encounter with Agustí Villaronga 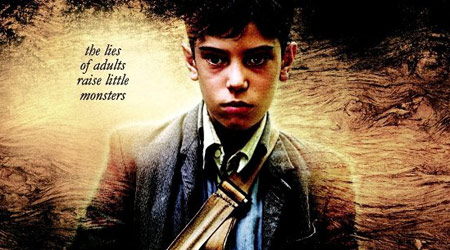 Film screenings and roundtable with filmmaker Agustí Villaronga, director of Black Bread (Pà negre), selected as the Spanish entry for the Best Foreign Language Film at the 84th Academy Awards.

Screening of the film The Sea (El Mar), by Agustí Villaronga
On January 11th at 5pm
Two boys (Ramallo and Manuel) and a girl in the Spanish Civil War are involved in the death of other two boys, one killed, the other suicided. This terrible secret will be with them for all their lives. Years pass and they meet in a hospital for tuberculosis treatment. She is now a nun, Ramallo is a thief and Manuel is obsessed by religion. Reality is too hard to feel, only the sea should be the best place, where all is quiet…

Screening of the film Aro Tolbukhin: In the Mind of a Killer
On January 11th at 7pm
In 1981 the Hungarian Aro Tolbukhin was arrested for burning seven people alive in the infirmary of the Divino Redentor mission in Guatemala. After his arrest Aro Tolbukhin confessed that he had murdered five women and burnt their bodies. He also declared himself guilty of killing seventeen other women, all pregnant, during the fifteen years he worked in the merchant navy. During the legal investigations when these unresolved case documents where examined it was not long before important inconsistencies were found which cast doubt on the guilt which Tolbukin was so keen to take on himself. Finally, he was condemned to death.
Aro Tolbukhin: En la Mente del Asesino will be shown in Spanish with English subtitles.

Screening of the film Black Bread (Pa Negre), by Agustí Villaronga
On January 12th at 6pm
In the war-ravaged Catalan countryside of the early 1940's a local man is accused of murder and his son sets out to find the truth. Eleven-year-old Andreu stumbles upon a crushed wagon in the underbrush at the foot of a high cliff and witnesses the dying moments of the man and boy inside. When police suspect Andreu's father of foul play he goes into hiding and Andreu is sent to live with relatives. There, the frightened boy creates a fantasy life but is forced to confront a world of adult deception, festering hatreds and the war's monstrous consequences.