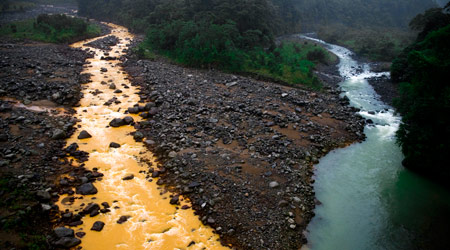 Curated by Claudi Carreras, E.CO presents photographic projects by twenty Latin American and European photographic collectives, each tasked with crafting a visual essay about one of the most important topics of our day: the environment.

Free of curatorial influence, the collectives define "environment" for themselves, and maintain their own production and editing processes. The resulting essays reflect the interests and concerns of each group and nation, as well as the working organization of each collective.

With this premise, each group freely chose the topics and locations of their project. Thus, the exhibition is a sample of the most pressing environmental problems, in the countries where the collectives are operating. At the same time, it’s a way to understand the peculiarities of teamwork and its modes of representation.

This exhibition is presented by the Ministry of Culture of Spain and the Spain-USA Foundation in collaboration with the Centro Cultural Español Miami, as a part of SPAIN arts & culture 2011 Fall/Winter Program.