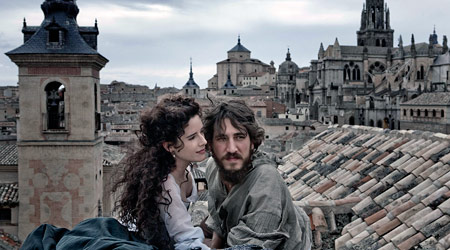 But we celebrate Spanish-style, which means we don’t stop with screenings alone: our tour includes Washington premieres, parties, live music, visiting directors and actors, and live online interviews with filmmakers that offer you a direct line to Spain.

Organized by Pragda and Festival Internacional de Cine de San Juan. With the support of the Embassy of Spain in Washington and the Ministry of Culture of Spain - ICAA. Special thanks to Iberia, American Airlines and Eurochannel.