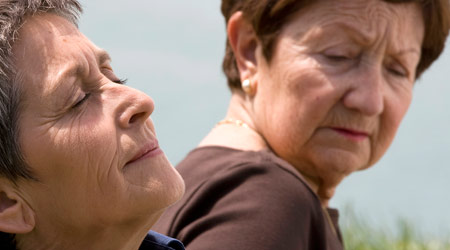 The energy of Almodóvar. The risk-taking of Amenábar. The unadulterated exhilaration of Buñuel. The fourth annual 2011 Festival of New Spanish Cinema —our biggest and riskiest yet— unveils the next generation of Spanish film legends.

Featuring first-time filmmakers and established masters alike, the very best in contemporary Spanish cinema comes to Miami for fourth year in a row. Join us for award-winning comedies, romances and dramatic masterpieces, and the special unveiling of a horror classic.

'Bicycle, Spoon, Apple' (Bicicleta, cullera, poma)
On Saturday, October 1st at 8:45 pm.
Directed by Carles Bosch, Spain, 105 min., 2010. As both the former mayor of Barcelona and former president of Catalonia, Pasqual Maragall has been a popular leader for the people of Spain. In 2007, this charismatic public figure was diagnosed with Alzheimer’s. Following Maragall for two years, director Carles Bosch (who helmed the Oscar-nominated documentary film Balseros) creates an intimate portrait of the man and his family. By bringing us so deep into the life of an Alzheimer’s sufferer, Bosch demystifies the disease—resulting in a documentary that’s sure to leave viewers forever changed.

'Every song is about me' (Todas las canciones hablan de mí)
On Sunday, October 2nd at 9:00 pm.
Directed by Jonás Trueba, Spain, 104 min., 2010. Cast: Oriol Vila, Bárbara Lennie, Miriam Giovanelli, Ramón Fontseré. This woody-allenesque romantic comedy inspired by the French New Wave, follows the story of Ramiro, an immature thirty-something wannabe poet who one day is dumped by his fiancée, Andrea. Up and coming Jonás Trueba captures the confusion of a generation haunted by music and books, by the need to find a path amidst the certainty of uncertainty and by the compulsion to find love when love has become but the topic of yet another indie-pop song.

'Half of Oscar' (La mitad de Óscar)
On Monday, October 3rd at 9:00 pm.
Directed by Manuel Martín Cuenca, Spain and Cuba, 89 min., 2010. Cast: Verónica Echegui, Rodrigo Sáenz de Heredia. An exploration of family taboos, this quiet and austere third feature from Martín Cuenca (The Weakness of the Bolshevik) delves into the deepest regions of the human soul. Oscar’s routine is interrupted when his aging grandfather is moved to the hospital and his sister, Maria, whom he hasn't heard from in two years, will be coming home. Silence and subtext speak volumes in this poignant film about impossible loves.