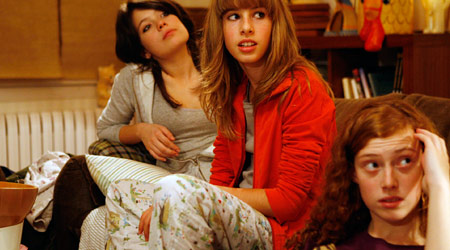 It’s fresh, it’s young, it’s non-conventional, it’s culture… It's Spanish Urban Culture! The keenest vision of life on the streets can always be found behind the lens, the paint can, the laptop, and the eyes of a city’s youth.

New Urban Cultures from Spain showcases the young urban experience of today in the form of four feature films, a series of short selections, and a special focus on the music video. After all, we can’t discuss urban culture in Spain and not include music, which is pervasive in our cities’ streets, bars, discos, and concert venues.

So, in addition to our film program, we’ve selected some of Spain’s best musicians from the popular pantheon, ranging from the best-respected indie bands on the scene to El Guincho’s tropicalia and Tote King’s hip hop. But PRAGDA’s cultural initiatives rest on the moving image, so we’ll take it a step further and introduce you to some of Spain’s best directors working in the fast paste of the urban landscape. Whether it puts you in the mood to dance or just dazzles your eyes, it’s sure to get your senses in motion.

Admission is free. All films in Spanish with English subtitles.