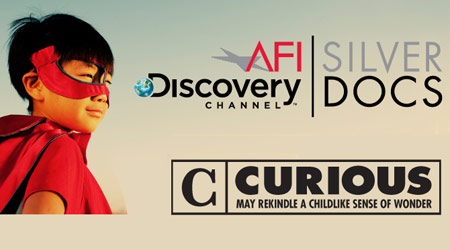 During seven days, the 9th edition of Silverdocs will present the best documentaries from every corner of the globe including fourteen Academy Award nominated films.

Silverdocs plays host to more than 27,000 attendees from across the globe with a diverse range of films, filmmakers and film subjects representing more than 60 countries.

Silverdocs takes place in and around downtown Silver Spring, Maryland — just minutes from downtown Washington, DC — at the AFI Silver Theatre, the flagship theatre of the AFI, one of the premier film exhibition spaces in the country, and the top art house cinema in the region.